Why are eggs so expensive? From bakeries to brunch, Chicago is feeling the pinch – Chicago Tribune 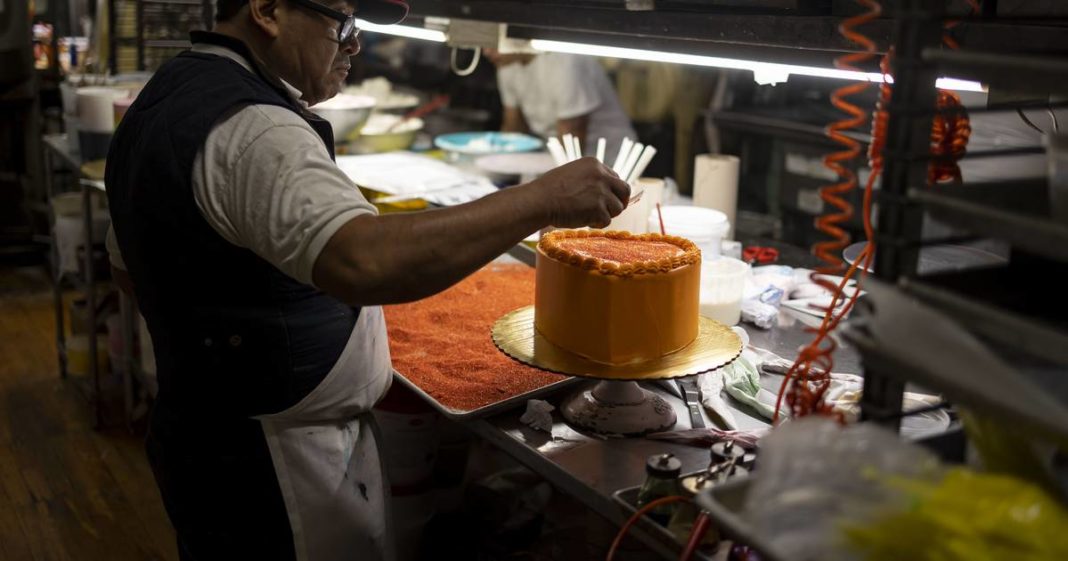 
Inflation has hit grocery shoppers hard, but one price hike in particular has consumers roiling: the cost of a carton of eggs.

Just a year ago, a dozen large eggs ran an average of $1.79, according to the U.S. Department of Agriculture. That price tag more than doubled in 2022 to reach “historically high levels,” standing at $4.25 as of Jan. 13, the USDA reports.

In December alone, the price rose 11%, according to the U.S. Bureau of Labor’s consumer price index.

The spike in cost has affected shoppers, but Chicagoland bakeries and restaurants are also feeling the pinch, and are looking for ways to make up for the higher price of one of the most basic food ingredients.

“Butter is through the roof, milk is through the roof, and anything that is soy-based, like vegetable oil,” said John Roeser IV, the fourth-generation owner of Roeser’s Bakery in Humboldt Park. But when it comes to eggs specifically, he said, “I have not experienced this high of a jump.”

Experts attribute the price to several factors, including inflation and higher egg consumption. Since 1909, the USDA has tracked egg consumption in America, which reached its peak in 1945, when the country ate 404 eggs per person, or just over one a day on average.

People ate fewer eggs over the following decades, until the 1990s, when the inexpensive protein source became increasingly popular. In 2011, we ate 242 eggs per person, and that figure reached 284 in 2021, according to the USDA. Its January report also noted many New Year’s dieting resolutions have people eating more eggs in January as their goals are being pursued, “albeit perhaps, with dwindling enthusiasm.”

Inflation, too, has driven up food prices, although the most recent data showed a 1.2% drop between November and December as inflation slowed.

But eggs stand apart from that trend, largely due to the wave of avian flu that has killed 57 million birds in commercial and backyard flocks across 47 states, outpacing the record 50.1 million birds affected in a 2015 outbreak.

And while some egg companies are seeing record profits amid the price hikes, inventory across the country was down 29% at the end of 2022, meaning there were fewer eggs to go around while demand remained high.

Despite feeling the financial crunch, Roeser said his aim is to keep the prices for his baked goods the same.

“I’m a consumer as well, so I can understand that people who are coming in here to shop with us are also feeling the pinch,” Roeser said. “I try to keep my prices as low as possible so I can help everybody else out.”

Daniel Krause, who owns popular Wicker Park brunch spot Cracked on Milwaukee, said he noticed the prices of eggs steadily increasing for the past 18 months.

“I feel more affected because my restaurant is called Cracked,” Krause said. “We are literally an egg restaurant.”

Krause said he noticed a price jump during the height of COVID, and again when bird flu struck last year.

A year ago, Krause spoke with his distributor about concerns on how to go forward with business with the price of eggs going up. One option, he said, was to use smaller eggs.

Cracked by Milwaukee typically uses extra-large eggs, but when prices are particularly high, they swap in large eggs, Kraus said.

The second option was to use a small farm as a distributor — an option Krause said he stayed clear from in pre-COVID days, when a case of eggs was $20, and farms sold them for double.

“But now we’re paying $75, and their prices are still in the $40s,” Krause said. “Those farms are not affected the same way as the big commercial farms are being affected, especially with something like the bird flu.”

Though Krause said he feels more of the financial pressure compared to others, he empathizes with all consumers on the cost of eggs.

“I think eggs are such a hot-button issue because it’s a staple of the American diet,” Krause said. “Low class, middle class or high class, everyone needs eggs.”