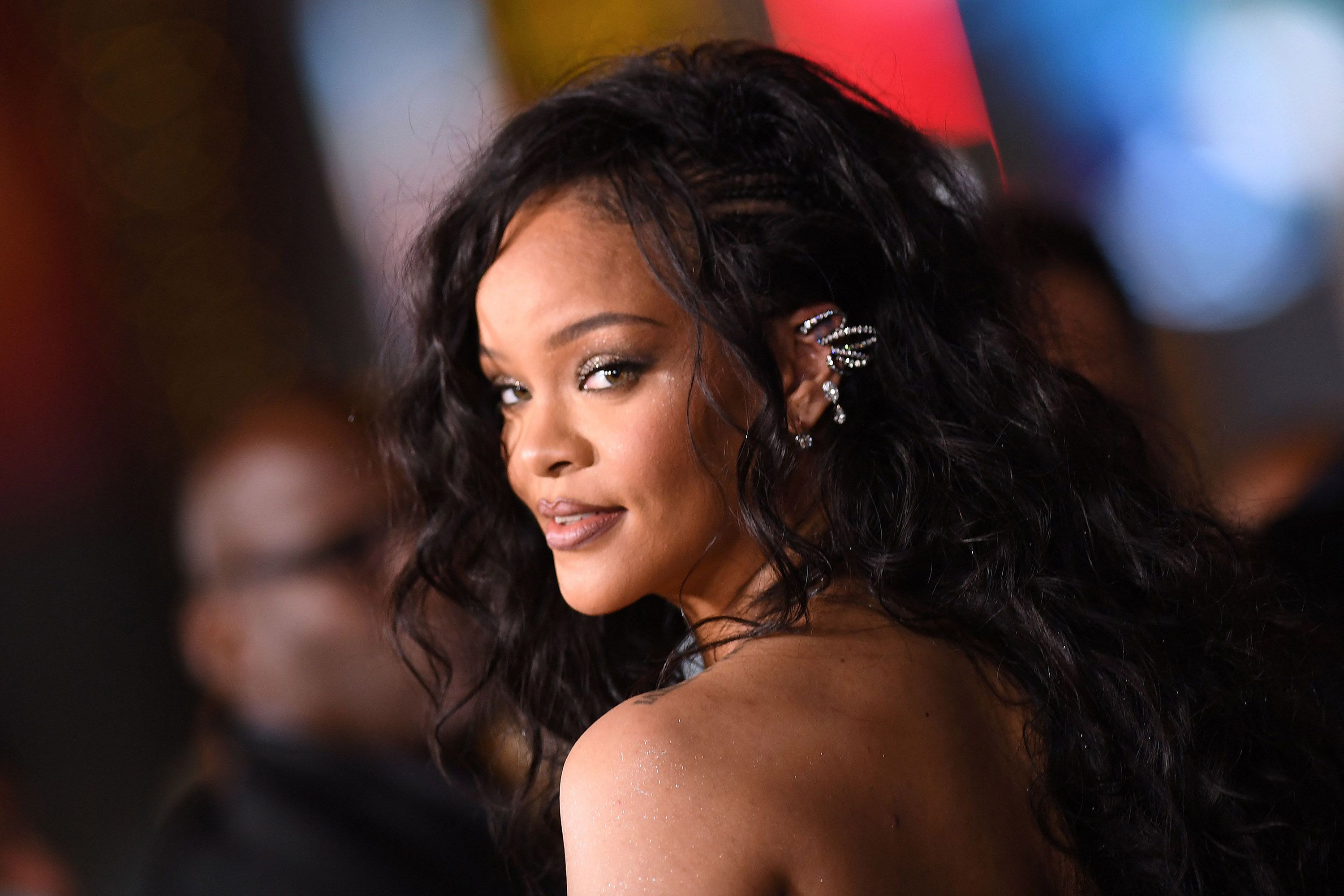 As the clock struck midnight on the West Coast and it officially become one month until the 2023 Super Bowl, the game’s halftime performer, Rihanna, dropped the first trailer for her performance, which is also the first ever to be sponsored by Apple Music.

The trailer opens with a spotlight on a black background as a collage of angry or impatient media voices say, “It’s been 2,190 days… It’s been over six years… Rihanna is who everybody is waiting for… The last album we got from Rihanna was ‘Anti’ in 2016″ overlapping until they blur together while the video cuts between Rihanna walking toward the camera and posing, wearing a fluffy green jacket with her hair in an elaborate braid. Finally, as the voices mesh into nonsense, the sound stops, the camera cuts to black, and we just see Rihanna putting a “Shh” finger to her lips, followed by a brief snippet of her song “Needed Me” from that last album, “Anti.”

Does it mean she has new music coming after all, even though she’s essentially said she doesn’t? At her Savage x Fenty lingerie show in November, she answered the inevitable new-album question by saying, “That’s not true. Super Bowl is one thing. New music is another thing. Do you hear that, fans?” she laughed. “The second that I announced this, I said, ‘Oh, my God, they’re going to think my album is coming. I need to get to work,’ ” she said.

Which seems clear enough, but the trailer is enough to get fans — and annoying media voices — asking the question again. Time will tell: The game, which typically draws one of the biggest single TV audiences of the year, is scheduled to be played at the State Farm Stadium in Glendale, Ariz. on Feb. 12.

“Rihanna is a generational talent, a woman of humble beginnings who has surpassed expectations at every turn,” said Jay-Z — who not only signed Rihanna to Def Jam Records back in 2004, he also owns Roc Nation, which is her management company and NFL’s official entertainment partner — when she was announced as the halftime performer back in September. “A person born on the small island of Barbados who became one of the most prominent artists ever. Self-made in business and entertainment.”

As the trailer notes, she has not released an album since 2016. She has commented vaguely about two different albums in the years since (and been photographed coming in and out of recording studios), with one being described as a dancehall album. However, details remain scarce.

The Apple Music Super Bowl Halftime Show will be telecast and produced by DPS. Roc Nation and Jesse Collins serve as executive producers and Hamish Hamilton serves as director. Roc Nation is also serving as the strategic entertainment advisors of the live performance. This is the first year that Apple Music will serve as a sponsor for the halftime show, replacing the NFL’s longtime partner Pepsi.