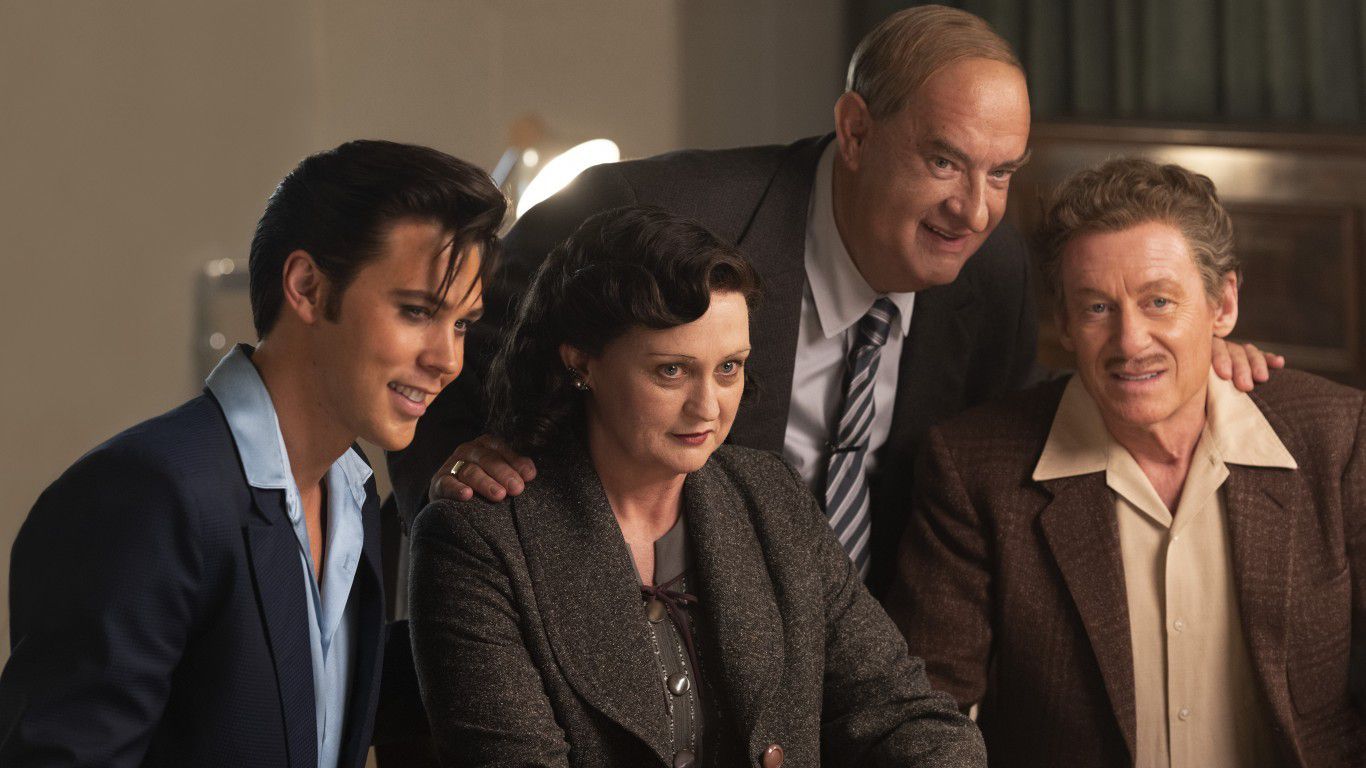 Awards season is upon us, and while Hollywood is honoring 2022′s best films and performances, the Razzie Awards shine a light on the “worst” movies and actors of the year.

Leading the field is Andrew Dominik’s controversial Marilyn Monroe biopic “Blonde,” with eight nominations. While Ana de Armas is not up for worst actress, the film is nominated for worst picture and Dominik for worst director and screenplay. Evan Williams and Xavier Samuel are also both competing for worst supporting actor alongside Mod Sun and Pete Davidson for “Good Mourning” and Oscar winner Tom Hanks for “Elvis.”

[ ‘Elvis’ review: Austin Butler’s a decent Presley but Baz Luhrmann’s movie gyrates more than its subject. As for Tom Hanks … ]

Hanks is also in the worst actor race for his turn as Geppetto in Disney’s live-action “Pinocchio.” Filling out the worst actor race are Colson Baker (a.k.a. Machine Gun Kelly, whose stoner comedy “Good Mourning” picked up seven noms in total), Davidson (for a voice role in “Marmaduke”), Sylvester Stallone (“Samaritan”) and Jared Leto (“Morbius.”)

The Sony Pictures vampire movie based on the Marvel villain flopped at the box office with $39 million in its opening weekend in April. The Leto-fronted movie was panned by critics and became an instant internet meme, earning a re-release in June that yielded just over $300,000.

Disney’s “Pinocchio” is up for six awards, “Morbius” received five nominations and “The King’s Daughter” got three.

Absent from this year’s slate of nominations is the special award given to Bruce Willis, who appeared in 11 movies in 2022. Last year, the Razzies created a category called “worst performance by Bruce Willis in a 2021 movie,” but the satirical awards organization rescinded the award last March after Willis’ family revealed that the “Die Hard” actor was struggling with aphasia, a language disorder caused by brain damage that affects a person’s ability to communicate.

But if you thought the Razzies would decide to be less mean-spirited this time around, think again, as this year’s nominees for worst actress include “Firestarter” star Ryan Kiera Armstrong, who is 12 years old.

Mira Sorvino, “Lamborghini: The Man Behind the Legend”

”Blonde” / Written for the Screen by Andrew Dominik, Adapted from the “Bio-Novel” by Joyce Carol Oates”