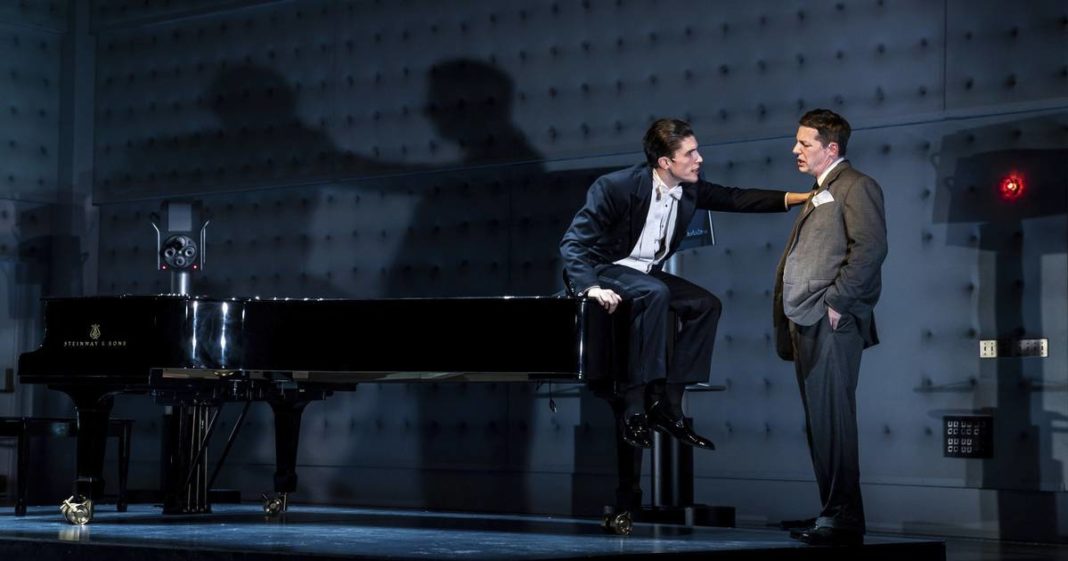 
Was 2022 a normal year in Chicago theater? That depends on your definition of the term. Then again, as Tony Kushner famously observed, “the world only spins forward” and it’s the job of the artist to hold a mirror up to ourselves and reflect the current reality. One thing can be said for sure: there was some distinguished work on offer on Chicago stages, playing to audiences that can probably be described most accurately as appreciative and slowly increasing in number.

Here are my 10 favorite shows of the year, in alphabetical order and limited to local productions.

“Fiddler on the Roof,” Lyric Opera of Chicago: The most impressive single production of the year, Lyric Opera of Chicago’s stunning “Fiddler” in September was a revelation even to those who have seen this iconic masterpiece so many times that each of its plot points are ingrained on the memory, as the Jewish souls of the people of Anatevka are ingrained on their troubled land. Director Barrie Kosky’s Lyric production, which had its roots in a production staged at the Komische Oper Berlin before the pandemic, was a deep dive into metaphor: for the power of familial love, the palpable, traumatizing isolation of Tevye’s entire family from its community, the agonizing inevitability of change. Steven Skybell literally emerged from a wardrobe at the start of a show that then told its story for the ages. I’m still hoping it can move to Broadway.

“Fire Shut Up In My Bones,” Lyric Opera of Chicago: The Lyric in March delivered an opera (first seen at the Metropolitan Opera in New York) that not only blew up a lot of unhelpful perceptions about the art form but also delivered a helpful message about limiting person damage control in life: “Some times you have to leave it in the road,” was its key lesson for life. This profoundly emotional 2019 opera from the acclaimed jazz musician Terence Blanchard and the librettist Kasi Lemmons was based on the autobiographical book by columnist Charles M. Blow. It took audiences, many of them initially reluctant, on a personal but eminently transferrable journey to self-awareness and wisdom: “Love with a laugh only goes so far,” the transcendent piece claimed. Rarely have truer words been sung.

“Good Night, Oscar,” Goodman Theatre: The funniest and, in many ways the bravest show of the year, “Good Night, Oscar” at the Goodman Theatre in March turned out to be a revelation when it came to the actor, comedian and podcast host Sean Hayes, a star who cut his teeth in suburban Chicago theater before finding fame in Los Angeles. His work in the role of the pianist-comedian-savante Oscar Levant was a true stunner of a homecoming. Doug Wright’s play was especially satisfying to anyone who worried that today’s live entertainment was becoming overly pious and censorious: Levant cut through all of that on Jack Parr’s “Tonight Show” back in the day and Hayes channeled him all the way to the tips of his fingers. “Good Night, Oscar” begins performances at Broadway’s Belasco Theatre on April 7, 2023.

“King James,” Steppenwolf Theatre Company: Rajiv Joseph’s “King James” was to the basketball star LeBron James what “Rosencrantz and Guildenstern Are Dead” is to “Hamlet,” a look at how ordinary, unremarkable folks oscillate around heroes, tragic and otherwise. A quirky two-character drama beautifully acted and produced in March at Steppenwolf, this was a show with great word-of-mouth. Everyone in the theater, it seemed, could relate to the characters. And everyone had a great time. In essence, it was an exploration of how professional sports are capable of connecting people from different walks of life and can serve as a catalyst for friendship, especially helpful for men who find intimacy difficult.

“Manual Cinema’s Christmas Carol,” Writers Theatre: It’s not easy for a title as familiar as “A Christmas Carol” to make anyone’s best list. But this production from Chicago’s famed multimedia performance company, installed for the season at Writers Theatre in Glencoe, was quite astonishingly moving. Why? Well, the show began as a video production during the Christmas season of 2020. Although the show now has been restaged for a live audience, it remains set during that most challenging of holiday seasons. And as such, the two-year-old memories in the minds of the audience couldn’t help but flood back. Few classic Christmas titles ever have explored so much about our present.

“The Notebook,” Chicago Shakespeare Theater: In the category of shows that were far better than anticipated, the pre-Broadway tryout in October of “The Notebook” was the overachiever of the year. That was due in no small measure to the composer Ingrid Michaelson, who came up with a song suite that avoided the usual Broadway cliches while appealing, simply and honestly, to the heart. The material, of course, came from the 1996 Nicholas Sparks novel and the hit 2004 movie, and the “Romeo and Juliet” story of forbidden love, extended across complex lives, has, of course, broad popular appeal. But thanks to Michael Greif and the many inspired others on the creative team, the movie’s romantic narrative got refocused on mortality and how the greatest test for love actually comes in our final years. “The Notebook” is expected on Broadway in 2023, although details have yet to be announced.

“Paris,” Steep Theatre: A small, minimalist production that spoke volumes, Steep’s long-awaited return in June to live performances involved a play that, on its face, told the story of a working-class young woman who works in a New England discount store. But Eboni Booth’s play was about what it’s like to be Black in a mostly white Vermont community; the drama was not about elites worrying about identity, but about human struggle with forces large and small. And director Jonathan Berry’s production was an exquisite little low-tech production from a company that was sorely missed. Happily, Steep has been awarded a roughly $3 million community development grant from the City of Chicago, enabling it to adapt a newly acquired building in Edgewater into a permanent artistic home. Among the best theater news of 2022.

“Relentless,” Timeline Theatre Company: The best new play to be produced in Chicago during 2022, Tyla Abercrumbie’s epic historical drama concerned life among the Black intelligentsia in West Philadelphia in 1919. “The play constantly teeters between hope and resignation, aspiration and retreat, a belief in fundamental human goodness and the epic sadness of our collective, hate-filled limitations,” I wrote in February after the show opened under the direction of Ron OJ Parson at TimeLine Theatre. Abercrumbie’s play was all the more remarkable for her being best known as an actor and a relative newcomer to playwriting. Here’s an American play that more than deserves a New York showcase.

“Spring Awakening,” Porchlight Music Theatre: Like many contemporary Broadway musicals, Duncan Sheik and Steven Sater’s “Spring Awakening” is hard to separate from its original Broadway production. But Brenda Dider’s intimate Chicago staging for Porchlight Music Theatre in May was no replication of anything that had gone before: rather, Didier (who both directed and choreographed) used a young Chicago cast to paint a picture of ordinary kids, not Broadway actors, smart and energetic and needing only to be mentored and loved by adults and set free to be themselves.

“Two Trains Running,” Court Theatre: No Chicago stage director had a 2022 that came close to the one forged by Ron OJ Parson, the man behind a suite of phenomenal productions, encompassing both new work and revivals, and staged in theaters large and small. August Wilson’s “Two Trains Running” in May was in supremely confident hands, very much in sync with the great writer’s blend of humor and pathos, political fury and humanistic compassion, low comedy and lofty existential inquiry. “August Wilson was America’s Shakespeare,” I wrote after a Goodman production of “Gem of the Ocean” in February. Let’s just say Parson profoundly furthered the comparison.

BEST OF 2022: From our critics and columnists for Arts+Entertainment in the past year.