Gary resident spins his way to success on ‘Wheel of Fortune’ 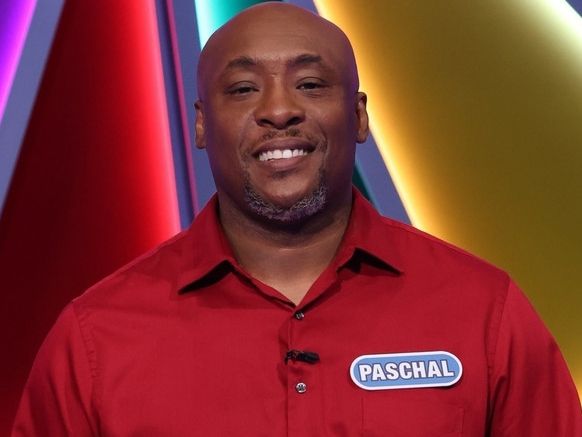 Paschal Miller grew up watching “Wheel of Fortune” with his mom, Martha Crowder, who died in 2011.

Miller, 48, who’s lived most of his life in Gary, had an uncanny knack for solving the word puzzles before the contestants did.

On Aug. 25, the day before his late mother’s birthday, Miller cruised his way to winning $73,350 in cash and prizes, including a trip to St. Lucia, during a taping of the show at the Culver City, California studio at Sony Pictures Television.

Offered only the letters T, E and R, Miller filled in the blanks with enough other letters to come up with the phrase, “They owe me a favor” and won $40,000 in the final round.

“How’d you do that? Where’d that come from?” an incredulous Pat Sajak said after Miller came up with the phrase.

“That looked really tough to me but you did it,” Sajak said.

Miller, a transportation associate for the Gary nonprofit Sojourner Truth House, which provides services to homeless people, called taping the show “probably the most exciting 20 minutes of my life,” but he had to stay mum about winning until it aired on television.

The broadcast was originally scheduled for Nov. 15 but was pushed back to Jan. 11.

Miller was encouraged to try out for the show last spring by family members, including a niece who made a video for him to send in as a preliminary audition during which he announced his name and hometown and said simply, “I should be on ‘Wheel of Fortune’ because I’m amazing at it.”

The pitch worked. He went through an online audition with two other possible contestants before being called back for a one-on-one interview. By June, the show’s producers had contacted Miller to tell him he would be a contestant on the show in the next 18 months, a window that was soon tightened to an Aug. 25 taping.

“I had a little pressure because I had expectations from my close ones,” Miller said, adding he won every round until he made it to the bonus round at the end of the game.

When he looked and pointed upward after winning, Miller said, he was thinking of both his mom and God.

“I knew for whatever reason my mom was with me. I felt her presence, so that was an added pressure,” Miller said, adding he always won when he watched the show with his mom. “To actually do it on the show on national TV was amazing.”

“Everybody in the room was just shocked, like, ‘Wow!’ the way I ran through it,” he said. “Just to see me on national TV, they were freaking out a little bit.”

Miller also is a musician who is working on a documentary. He plans on investing the money he won on the show and has up to a year to schedule his trip to St. Lucia.

This was Miller’s first try at a game show but it might not be his last.

“If the opportunity presents itself, I definitely will,” he said.