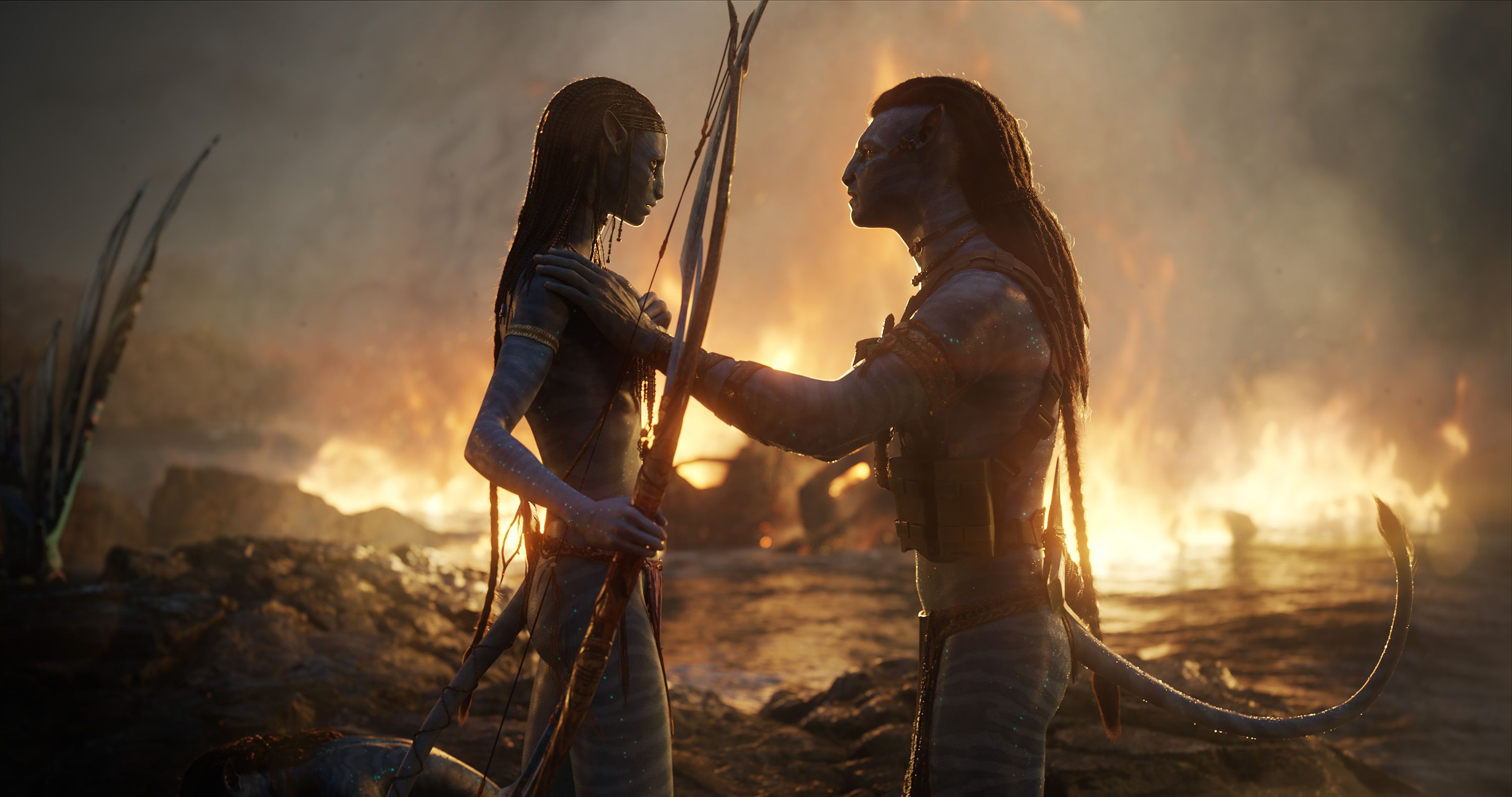 Walt Disney Co.’s science fiction epic “Avatar: The Way of Water” battled winter storms in the U.S. and Canada to bring in an estimated $56 million in ticket sales this weekend through Sunday.

It garnered another $168.6 million in theaters internationally over the weekend, for a total haul of $855.4 million globally since its Dec. 16 release, Disney said in a statement Sunday.

The company predicted the film would take in $82 million domestically over the four days that include the Monday after Christmas.

While the movie easily topped the box office, domestic ticket sales fell 58% from its $134.1 million opening weekend. That’s typical for a big film release, but executives at theater chains and at Disney had said they expected “The Way of Water” would be more resilient. That was before storms shut some cinemas and brought dangerously cold weather in many parts of the U.S.

The original “Avatar” had a strong, but not spectacular, opening in 2009. It became the highest-grossing picture in Hollywood history because it stayed on top of the box office for seven weeks. In all, that movie sold $2.92 billion worth of tickets globally, buoyed by word-of-mouth about its 3D effects and fans who saw it multiple times.

Writer-director James Cameron secured a massive budget to make the sequel, with “The Way of Water” production costs alone topping $350 million. Disney is planning to release three more “Avatar” films through 2028. Whether it can make that investment pay off remains to be seen.

While domestic box office receipts for “The Way of Water” came in below some estimates in its opening weekend, the film generated $50 million a day in ticket sales globally after that, with many kids out of school and adults taking time off. Ticket sales may benefit from improving weather and a return of theatergoers in the coming weeks.

The movie faced competition this weekend from three new pictures in wide release. “Puss in Boots: The Last Wish,” an animated film from Comcast Corp.’s Universal Pictures, finished in second place with $11.35 million in North American ticket sales through Sunday, according to an estimate from Comscore Inc.

Sony Group’s “I Wanna Dance with Somebody,” a biopic of singer Whitney Houston, came in third with a three-day total of $5.3 million. “Babylon,” an adult drama from Paramount Global about the movie business in the 1920s, debuted in fourth place with $3.5 million through Sunday.

The entertainment business is still struggling to convince movie fans to come back to theaters after pandemic-related closures. Films are appearing on streaming services much faster than they did in the past, as media giants look to bulk up subscriptions to those services. That’s conditioned people to wait a few weeks to see new movies at home.

With just a few days left in the year, industrywide ticket sales total $7.2 billion, well below the $11.4 billion generated domestically in 2019.