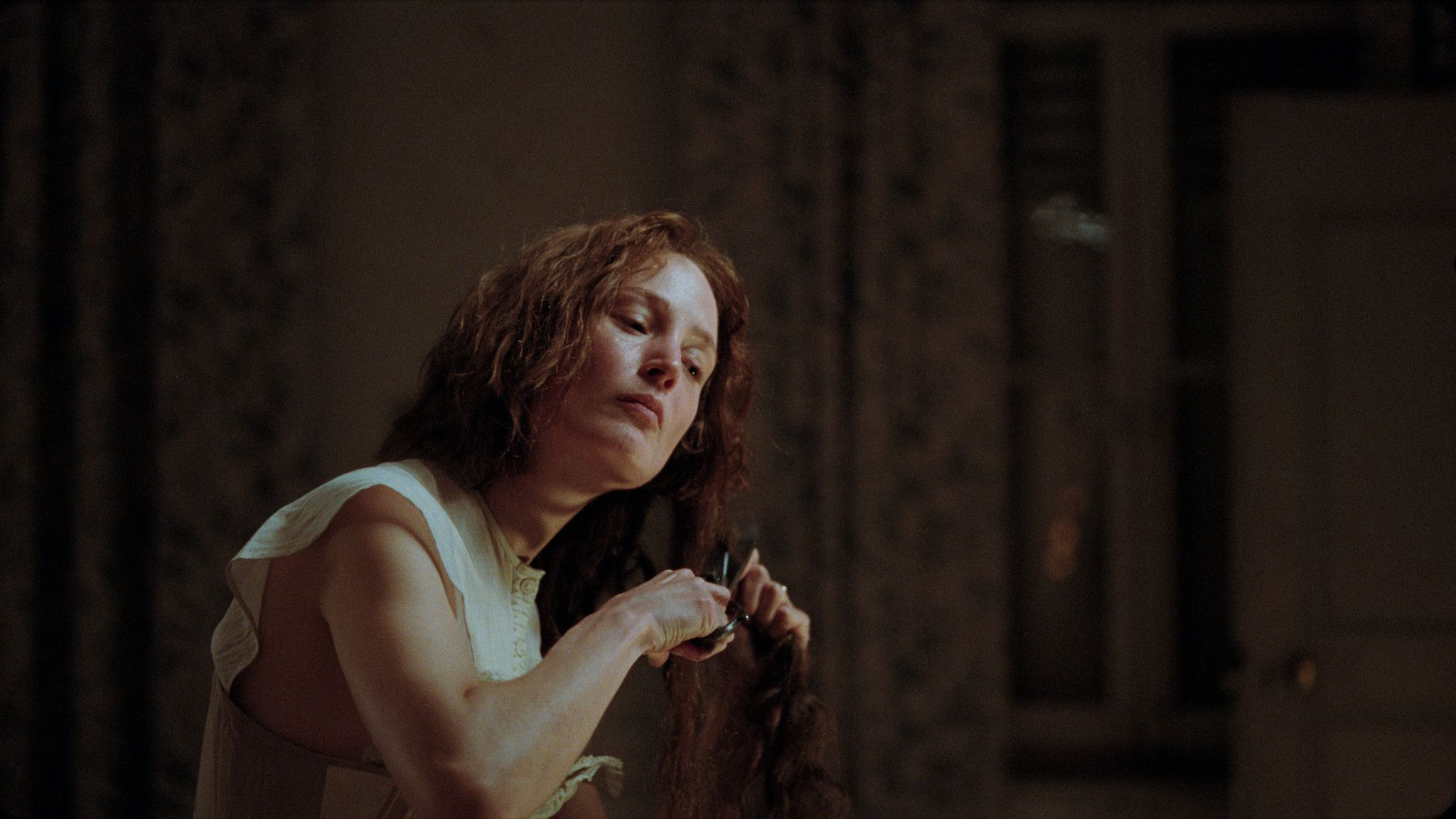 We’ll be dealing with dramatizations of the lives of royals forever, if only because the public/private schism of They Who Wear The Crowns and those who live in their vicinity is so temptingly easy to map out on paper. All that circumstantial pomp, all those game-day faces and manners, colliding with so much backstage intrigue, away from prying eyes. The hypocrisy! The clothes! The wealth! The loneliness!

“Corsage” is like that, but it’s really good, and far less hidebound than most treatments of its ilk. It stars Luxembourg-born actor Vicky Kriepsas Elisabeth Amalie Eugenie, the 19th century empress of Austria and queen of Hungary known popularly as Sissi.

Krieps worked steadily in Europe for years prior to her English-language breakout role as Alma, opposite Daniel Day-Lewis, in the lovely, twisted “Phantom Thread” (2017). The second you saw her in that film — and heard that thrummy, expressive voice on the soundtrack, in voice-over — it wasn’t a star-is-born moment so much as a cinematic exhale, a recognition of someone who has everything.

The movie starts in 1877, and in some respects (all for the better) “Corsage” doesn’t waste time orienting the audience. We learn a few things as we go, and we learn from the filmmaker not to take her account as historical fact. This one’s full of impish anachronisms, on the soundtrack and on screen, as if to say the clothes and props may change, but the stifling cruelties of the royal court remain the same.

Elisabeth married Emperor Franz Joseph I in 1854. As “Corsage” begins, she is 40 and terrified that her caché and public allure are waning, fast. Weary of the Habsburg court life, she flees Vienna and travels to England and Bavaria. “Mad” Ludwig II, her dissolute cousin, provides a bit of solace, as does an English riding master. Back at court, meantime, the wheels turn against her.

Kreutzer’s film is beautiful in ways that rarely take the chill off the central character. It recalls many previous royal-centric works, most recently “Spencer,” and “The Crown,” of course, but also the past/present epoch mashup of Sofia Coppola’s “Marie Antoinette.” “Corsage,” I think, is the superior picture. It never reduces Elisabeth to one “type” of woman, or celebrity. Krieps is a wizard at commingled emotions; joy, release, contemplation, despair all share the same bloodstream, the same fastidiously preserved face and scarily corseted body, throughout the film.

It may be her show, but Krieps has fine screen company, especially that of Florian Teichtmeister as the emperor. Cinematographer Judith Kaufmann is an equally valuable colleague, maximizing the grandeur of the locations (both interior and exterior) without going travelogue on us. Not all the anachronisms work, but “Corsage” works anyway because Krieps makes Elisabeth a dimensional woman for all seasons. Empress Elisabeth has already had her share of screen interpretations, most recently the German TV series “The Empress”; this one is very much its own thing, and worth seeing.

How to watch: Wide release in theaters Jan. 4.

Michael Phillips is a Tribune critic.