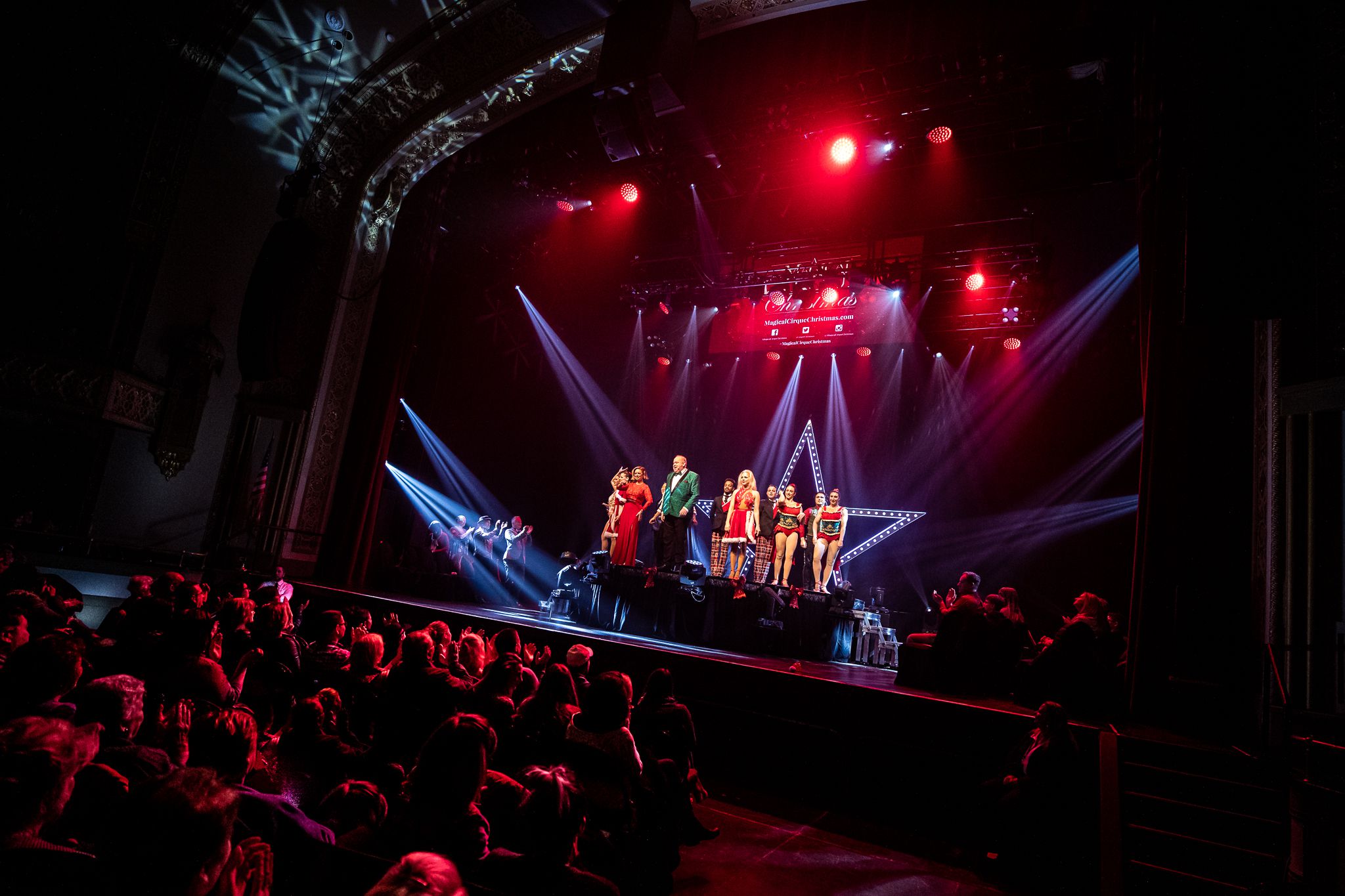 Cirque being French for “you will get out your credit card,” nary a festive season goes by without that most lucrative of adjectives appearing in a listing of seasonal touring attractions.

Heck, this year in Chicago, there are at least two of them: “A Magical Cirque Christmas” at Broadway in Chicago’s CIBC Theatre this week, and then “Cirque Dreams Holidaze” at the Auditorium Theatre Dec. 22-24.

If cirque is your thing, as it surely is mine, I suggest waiting for the “Holidaze” or going over to the terrific Cabaret ZaZou instead. On Tuesday night, the woefully underrehearsed “A Magical Cirque Christmas” was, frankly, a chaotic mess that did not do justice to the band of hard-working circus talent in the show.

Frankly, in all my years of reviewing downtown variety shows, I can’t remember a show with so many wayward lighting cues, blown sound, visible people in the wings and a whole variety of other issues. Or one that looked so cheap.

The problems were both conceptual and of execution.

The seasonal shtick here is that the host of the night, the magician Lucy Darling, is trying to time travel in order to save Christmas but she breaks the key to the machine. That sends us on some video-encrusted journey to a whole variety of different eras, all of which are encapsulated on a rear video screen of such a size and intensity that it swallows all of the humanity in front. This narrative device is very difficult to actually follow. The highlight of my night was walking away down Monroe Street as a big group of lovely fellow audience members broke into fits of giggles as they figured out that no one in their group had any idea what had been going on, most likely because the requisite explanation was delivered inaudibly while people were barely in their seats. God bless those folks, every one.

I digress. Each time we get to an era, say the 1950s, out pops a different circus artist doing their thing: Jonathan Rinny rides a unicycle, Christopher Stoinev juggles, Kevin DeMaro wrangles hula hoops, Itzel Salvatierra and Scott Cooper do hand-to-hand work, David Locke performs with the Cyr wheel, Nicky Faubert and Olivier Belzile do the duo straps and, perhaps most notably of all, Aryn Shelander contorts and fires off arrows from a part of the human body that does not typically service that particular task.

All of the above are fine acts, worthy of endless respect but lost in a chaotic swirl.

Regular readers know I’m a very big fan of the magician Carisa Hendrix, aka Lucy Darling, but it’s hard to pull off tabletop magic, even at her level of execution, in a venue the size of the CIBC Theatre, especially with a loopy video feed that rarely focuses on the right spot, or even any spot. If she’s going to play this size of venue, Hendrix, a whopping talent, will need to be far more expansive with her act and persona, and she will need better tech and creative support. Here, every time she tried to talk to an audience member down front, the auditorium was filled with blinding light, kind of ruining the moment.

As to the vocalist (to tape), Audri Bartholomew, all I can offer is kudos for persevering over such lousy sound.

It was a rough night, albeit with talented folks. Caveat emptor.